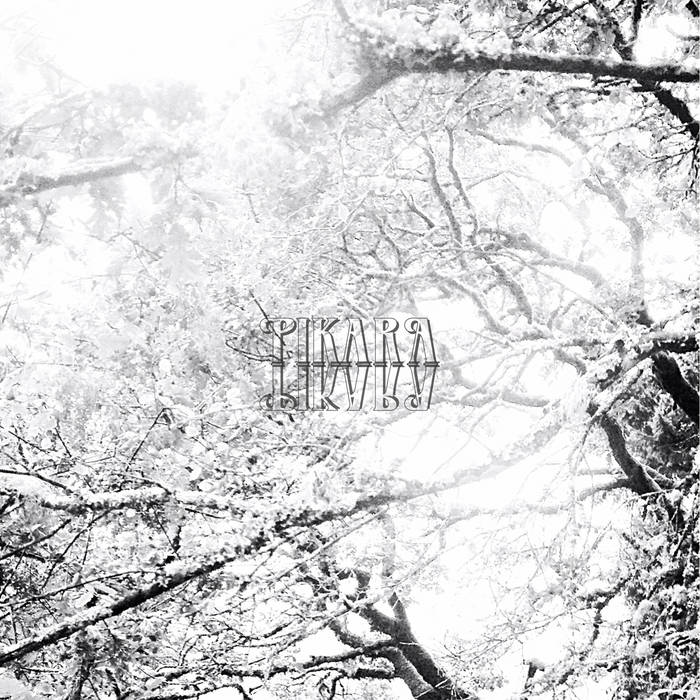 "Pikara is the alter ego of Swedish born folk singer Sara Johanne. The singer/songwriter, who is currently based in Washington state, grew up on the island of Rindö where she studied violin. As well as playing piano and bass with other bands, she has released three albums under her solo identity. The most recent of these, This Hollow, is due to hit on March 24th.

Beginning with “The Mourner of Peace”, the new record introduces itself with an inquisitive beat. It’s a very psychedelic opener that has a lot going on musically. The myriad of keys and strings at play give it a sound that is almost carnivalistic in nature. It’s followed by a chilling acoustic riff that guides “Closed Case” into a resonant verse. The instrumentation builds continuously through this heavy folk ballad, giving it quite a grand feel.

An ethereal chant emerges to announce the arrival of title track “This Hollow”, persisting in the background as the lyrics unfold. Strings and pianos creep slowly in, helping to emphasize the otherworldly ambience of the piece. In its aftermath, “Title Effect” shifts gears to a festive rhythm that teams up with distorted vocals to become rather transcendent.

“Shell Off” is a lot more disjointed than its predecessors. Commencing with solemn keys, the tone changes completely for the chorus, taking on a fierce attitude that exists in stark contrast to the verse. It’s a little jarring to the senses, making for a difficult listen.

Foreboding pianos return amid a distressed harmony during “Every Glass is the Last”. It remains stripped down and consistent throughout, taking on a pessimistic disposition. The ominous keys go nowhere for “Hiding”, combining with distant vocals to generate a haunting atmosphere. There’s an ambivalence to the whole thing that puts an unsettling end on the compilation.

Pikara’s work here is very experimental and ambitious, stirring many different emotions through its various moods. Its sound can be a little too discordant and conflicting at times, but it is always admirably unique and creative." -Dave Simpson, Pure M www.puremzine.com/pikara-hollow-album-review/

"Of all the musicians you get, perhaps the easiest ones to admire are those who simply get on with it. Sara Johanne – aka Pikara – is one such musician who has been tinkering away for over half a decade, as well as working as a pianist and bassist with Åiö Soundings label mates Susurrus Station and Zouaves. She’s now on her third release, and similar to her previous releases (her self-titled debut from 2009; Constellations from 2011), This Hollow is a modest affair on the surface, made up of just seven tracks that scrape past twenty-six minutes in total. It would be unfortunately incorrect to say that Pikara is a known name in the music world, but this is hardly surprising since you won’t find her on any social media outlets; the only real tangible place to find her work is at her label’s website, where her albums are given no kind of backstory, and instead just presented with the minimal contributing artists list.

Despite her work as a pianist and bassist, Johanne’s music is much more focused on violin compositions (Constellations is in fact a home recorded album consisting almost entirely of looping violins fed through effects pedals). While This Hollow is built up of piano-based songs, the strings still take the spotlight for the most part. Comparisons to Andrew Bird and Owen Pallett inevitably come to mind, but Johanne works with different hues and scopes. There’s something a bit more mechanical about This Hollow than most of Bird’s back catalogue, and recording with just one other player on this album (Maja Linde Christiansen), Johanne is working with a much more scaled down outfit than that of Pallett’s recent orchestra-accompanied albums. The comparison that actually comes to mind is that of Amanda Kapousouz – aka Tin Cup Prophette – and her debut album, Liar and the Thief, from way back on 2007. There’s a similar kind of rigidity present on This Hollow, a kind of monochrome sawing back and forth that gives the record an impressionable sheen as much as it plucks pieces of the heart away.

But this comparison isn’t to be viewed in any kind of detrimental way – this is an album called This Hollow, after all, so it’s no bad thing to say that it’s picking from a place of absence. “I’m not afraid of your sorrow/ though it drives me to despair/ I’m not surprised by your shadow/ when it follows me everywhere,” Johanne sings on the title track over a bed of processed hymnal voices. It’s probably one of the clearer moments on an album where stories and specificity are lost in words that seem to want to deter detailed analysis. “And I cannot help it, I cannot fill in the gaps,” she sings, almost whispering on “Title Effect” beneath a staccato vibraphone-like instrument and sweeps of violin and viola. Pizzicato riffs break into the regal melancholy of the song when there’s a clearing. She might not fill the gaps with detailed words that shine light on anything that’s actually happening (or has happened), but her music is a fine substitute, each additional instrumental flair a welcome and well-thought out motion.

As the album comes to a close, the arrangements are stripped down. “Every Glass is the Last” and “Hiding” are mostly just Johanne sitting in front of her piano, her voice more weighted, sounding like it’s soaked in regret. When she sings “pour it out again” on “Every Glass is the Last” and her voice rises, a tiny few cracks appear, and it’s easy to imagine in its initial form the vocal track being saturated with a tear or two. “You know I’m quite the talker,” she sings, teetering between a half smile and shameful tone. “Hiding” might just be three lines repeated twice, but they’re enough to tell a story and also settle the album to rest, like Johanne is putting everything sung into a box under bed. “But if I knew where you lived/ I’d come by and ask you why you’re hiding,” she breathes, her voice barely there and double tracked and affected in way that makes it fuzzy, like the words a schoolchild sung in the corner of a loud, busy classroom.

At the other side of album Johanne shows her compositional chops when she’s adding in layer after layer. Voices wail above a bed of strings and pillowy piano; it’s chamber music with a sorrowful, personal sound. “I am the mourner of the peace” she sings on opening track “The Mourner of Peace,” the track rich with keys, clattering tambourine, and vibrant strings. At that point Johanne sounds accepting of what one might assume is the breakdown of a relationship, making for a subtle contrast to the aforementioned lyrics of painful regret at the end of the album. On “Shell Off” she takes the tempo through a series of left turns, raising the stakes unexpectedly (which she does just as effectively during “This Hollow”). The utterance of the song’s title feels more like a call to arms each time it comes round, heightened later in the song by a creaky jazz trumpet and xylophones. Her ability to move between full and almost empty arrangements, between light and dark, and between hope and engulfing depression, is studied and unassumingly effective. Even when it’s at its fullest (the last section of “Shell Off”, the chorus of “Closed Case”, the spiralling movements of “Title Effect”), Johanne somehow never sounds like she’s drawing attention to herself.

And that fits, Johanne not being one to shine the spotlight on herself. If anything, This Hollow comes off like she trying to cast herself in a negative light, if not trying to produce a photo negative of herself (“Hollow am I,” she sang on Pikara in 2009, the empty void she paints herself as on This Hollow perhaps being a thought that has been present since the beginning). The result is interesting and rich, but, as said, often modestly so. The barest moments aren’t bled for all their emotion and the highs steer clear of becoming sickly. While Johanne certainly sounds like she’s got troubles and concerns to figure out, she equally sounds like she doesn’t want to give the listener any detail or worry, avoiding any personal weight. Instead, as evidenced on This Hollow, she’s more than adept at simply getting down and getting on with it." -Ray Finlayson, Unrecorded www.unrecorded.mu/reviews/pikara-this-hollow/

" While this can begin with the style and grace of a circus show ala Gatsbys American Dream-- that sort of spectacle-- it can find itself jus as easily turning into something like an orchestra. It has piano melodies that can first remind me of a bar in an old western movie but then eventually does turn into the piano as well of something such as Adele because I'm pretty sure I keep hearing the singer sing "set fire to the rain" in the song "Every Glass is the Last".

So this is the third album from Pikara and it makes me sad that I haven't heard of them before now. These songs are so delicate yet strong at the same time that you don't feel so much like they're going to shatter like glass but rather shatter the glass themselves. At times it can appear as just a voice (though there are backing instruments, they just sort of take a backseat if you will) and at others it can be an orchestra.

If you are like me and are one of the people who had never heard of Pikara before this album then do yourself the favor of giving this one a listen. Now I am going to go back and listen to their previous albums as well because I just do enjoy this one that much." -Joshua Macala, Hobo Toilet hobotoilet.blogspot.com/2015/03/pikara-this-hollow-aio-soundings.html

"Pikara’s ‘This Hollow’ is just a beautiful track drenched in weirdness. It’s a transformative piece of music that goes from atmospheric throat singing majesty to frantic string-led maelstrom.

Pikara’s vocals are beautiful, and make this track feel like the outcome of if Lorde was to find abstract spiritualism. The throat singing sets the backdrop (as well as captures the attention of the listener, because it’s such an unconvential thing in modern music), and from there we just deeper and deeper into the glorious weirdness." -FreshBeats freshbeats365.com/2015/03/25/video-pikara-this-hollow/