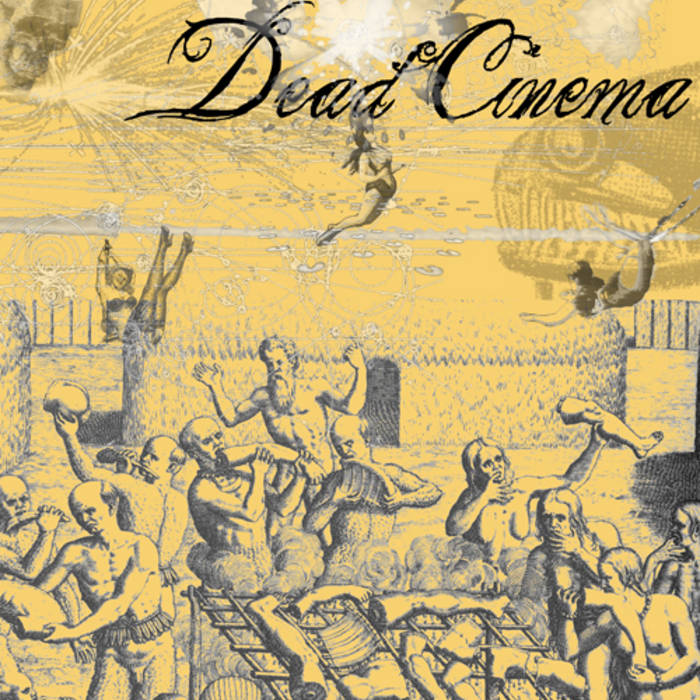 foreverinwonderland Because I spent my year of being 16 listening to it and getting to know the creators of this lovely music. Favorite track: Get Away Lane.

Arising from the grave in the festering contango years at the dawn of the fourth turning, treading the fraying hems of a gentrifying downtown world, Dead Cinema sprouted from the cracks as an effulgently wry, running confabulation between two impecunious, cantankerous garret haunters with little more than a scrap of someone else's letter of introduction to the world in the form of a NKOTB trading card—I.O.U.s from a Ponzi investment back in their San Francisco days, before it finally fell to the robots..
It should, but it might not, go without saying that the prevailing cultural narratives foisted upon us are rejected here, either successfully, or unsuccessfully.
Words cannot so easily sum up the music, so stop reading. On Portmanteau, Mr. Strange inhabits a genre of no budget exploitation unto himself, offsetting Mr. Breeden's broody, Cassandraesque musings. Refreshingly, for those of apparently few of us whose brain hasn't been melted by EDM, EMF, EMGs, ELO or DOC, no one is overtly competent here, or attempting to portray any variety of manicured hoboism so readily propogated by other shoestringers in the contemporaneous climate as authentic. The songs are unfashionably late to cohere, parched behind the tears. At times, Ms. Johanne is the glue shyly holding things together, and Cerebral Cortez amazingly bends time to accomodate such a stilted behest. LOHell.