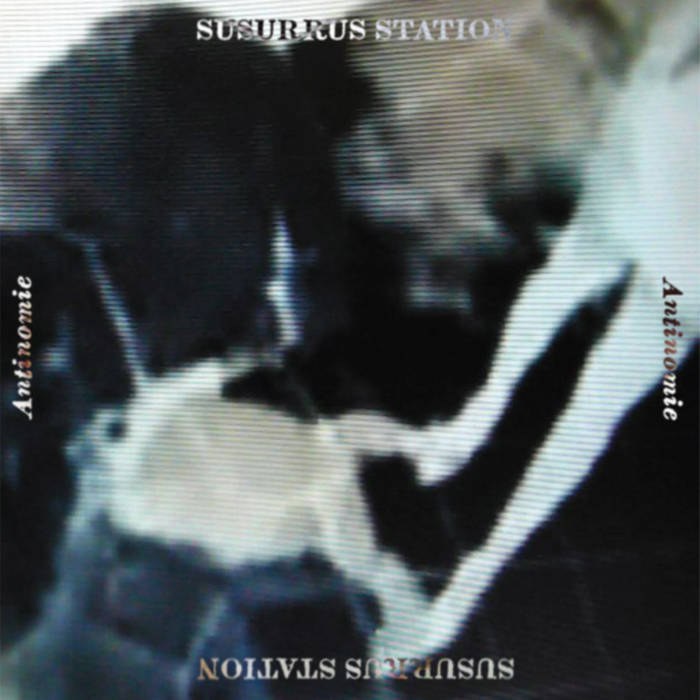 "By writing their own rules and taking some significant risks, Susurrus Station has created an album that borders on the edge of exceptional... the talent and originality of this group make this record one of the most intriguing albums of the year!"-Tj, Get it on Vinyl getitonvinyl.com/768/

"Few bands can transport so completely as these folks. I don't have any idea how this album tripped its way into our relatively static universe, but I'm sure glad I got a taste."-Jon Worley, A&A www.aidabet.com/issues/335/335reviews.html

"Susurrus Station leads a fantastic excursion into the underbelly and cold conscious of the modern mid-west." - Willsk, Leicester Bangs
"I'm proud to say that it's great...The production is airy, wide open in the right places, with a few lush left field excursions that keep it interesting." -Jess Gulbranson, crappyindiemusic.com

"...one of the most bizarre offerings you will hear this year. We just happen to think that this is so bizarre that its fantastic – orchestral arrangements, eardrum shattering violin noises, heavily distorted guitars and enough layers to re-tarmac your driveway." - Boost the Music

“Antinomie is a fine record to delve into and explore ... and maybe lose oneself in. It may be exceedingly freakish at times, but never boring." -Atrist Xite

"...this is an interesting, varied, unpredictable and dreamy genre mix of an album." - Meadow Music meadowmusic.se/en/tag/susurrus-station/

Track Name: Keep Up Your Spirits
Stay clean, but don't be afraid to work the soil
Believe in your fellow, and know his plots will all be foiled
Help your neighbor but keep in mind
He'd slit your throat for a dime

Not that it's your affair But if you look hard I'm sure you can see it
Ruthless but fair, that's how justice is metered square
Instill a little fear make the terms crystal, crystal clear
Keep your enemies close But keep 'em the fuck out of here

Don't be afraid of the toxins of toil
Keep up your spirits, don't become embroiled
Fate will follow in your shoes
History will remember to distort the truth
See it from my point of view
What was I supposed to do?
Track Name: Man-Made Hands
We never knew better, parsed nothing to the letter.
How we all fall for what we are not!
Not really looking to be better off.
With the little that we know, traveled away from our homes.
More than worthless, worthless hopes!
Who's kidding who?
Track Name: Antinomie
Come on in in middle of the night
It takes you in, the water is warm
Heralding the reign of an old born king
You leave your lashes everywhere that you've been
Your bodies all adorned with ripples of light
Plastic smoldering (as all get out) embracing the sky
Being led by not meeting your gaze
resigned to greet the minotaur I can't evade

Anything all get about, you can take your need for purpose
& get the fuck on out

Come on in in the middle of the night
You got the money so your hearts are warm
It's gonna be a cold day in hell
When you don't have something you're looking to sell
Stripped down at the Ganges with your skin on the shore
You left your ashes everywhere that you roamed
When you're consorting with the destroyer of worlds
It's pretty likely that she's that type of girl
Track Name: Alluvia
Left behind when the route was changed
Landscapes, from another age
Rushing to the water for a great escape
The longitude of losing your way
Out in the dunes, where the river used to run
Under the ocean, burned to the ground
High in the mountains, submerged in the sea
In the depths of space, taking our leave
There's always gonna be a better place to be
Track Name: The Harmonist
Når vi ser hinandan er det fordi vi er tilbage,
Når vi går forbi, er det fordi, der er så langt tilbage
Track Name: Play The Fool
Go on & play the fool.
Into the ground we'll go,
& when I lay you down,
the grass will let us pass right through.
You are no one I know.
Seeds caught waiting to be sown. . .
Track Name: Hell
Eloping through the dour rain
Thought I'd find a better way
Fold my head & nothing stays
Floating through the morning's pain

Now we've seen things move along
Here is traveling on

Always the exception to the rule,
disowned deception, vapid & cool
You're conscience is clean because you're a fool
Self made man from a fancied school
More come along when you're long gone
The world's a panopticon

The wiles of your memory The weight of being gone
See them like you call them Made up as you go along
Track Name: Every Other Color Gold
Turned for the last time
Or just a fractal design
Golden leaves Afloat in a line
Strung through the paradigm

Among the many ways to allay the years that come but not to stay,
Form a patina from a stain, Just point to stake your blame in vain
Clear it out! Strip it down! Annul the sound!
Til there's nobody around. . . . Open up
Track Name: Wil Not Co
Put back on your dirty clothes,
In the service of who the hell knows?
Cut it all & go! “Wil not co!”

Won't be pounding on the falls, huddled against the wall.

But we must keep trudging on,
The wheels wear down so fast
& now the future's relapsed

Now the grudges you've harbored are gone
& the moment becomes very long
The present was here, heavily harassed
& now the sun is roaming aghast
There's a chill coming down