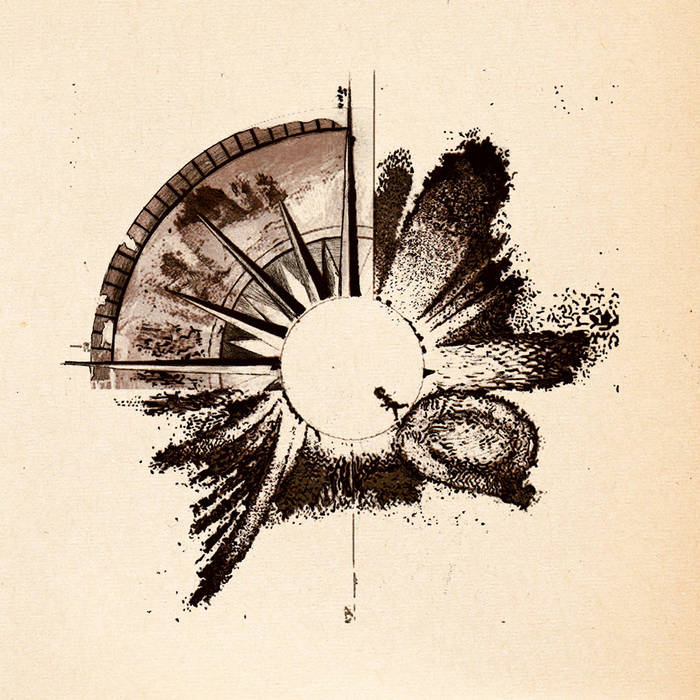 "J. Breeden and Sara Johanne of Susurrus Station have found a way of harmoniously combining the experimental vibe of the Mars Volta with the retro-rock sound of the Raconteurs. But wait, up pops urban Greek folk music and moody vocals you’d expect from Nick Cave. Breeden and Dyberg bring to the table a phenomenal display of culture and expansive instrumental talent that makes Susurrus Station and its songs almost mind-boggling." -Magnet www.magnetmagazine.com/2009/09/27/mp3-at-3pm-susurrus-station/

"Add a Day Going West is the third album for Portland, Oregon’s Susurrus Station, but I can’t put it in context because it’s the first I’ve heard. I was luke warm on it at first, but I found it grew on me with successive listens. Perhaps it’s because the album has a grand reach, which occasionally exceeds its grasp. In addition to a melding of too many genres to mention, there are lots of sounds here; in addition to keyboards, guitar, drums, bass and vox, there’s a kalimba, tuba, cello, viola, horn section, and a lot more. This can make for ambition that difficult to access. But it can also make for great drama, and more often that not on this album, it succeeds." -Berkeley Place berkeleyplaceblog.com/2009/10/08/susurrus-station-add-a-day-going-west/


J Breeden and Sara Dyberg are the emotional and physical core of Susurrus Station, reaching out of Portland, Oregon with whisper rather than a scream. Multi-instrumentalists and vocalist, both, Breeden and Dyberg mix styles and sounds in unusual and surprising ways to create some of the edgiest and darkness Avant-Folk in the business today. As Susurrus Station, Breeden and Dyberg have released two albums, and step forward with their third, Add A Day Going West, on November 10, 2009. Folk, Garage Rock, Industrial, Cinematic compositional styles and a dark countenance make up the heart of Susurrus Station's music. Unlike past albums, Susurrus Station was recorded over the course of a year (rather than in a rampant frenzy of creation and recording). The building of songs was deliberate and intentional, and it shows on the album.

Add A Day Going West opens with Driven, a song which seems written in contradiction to its title. Breeden sounds like Jim Morrison on serious downers here, giving a somnolent, drugged sounding vocal reading that's inured in Smiths-like pathos. Musically it's more a collection of sounds and musical passages than a composition, right down to the heavy rock portion that kicks in around 4:15. Midway Shuffle shows an energetic, neo-surf guitar opening that descends into the hypnotic depressive state of the first tune. Sara Dyberg takes over vocals on The Bellwether Din; a fuzzy trance-like performance where they key shifts and things like tone don't seem to matter. The song ranges over four-and-a-quarter minutes but at times seems like it will just keep going.

Barnstorm takes on a Middle Eastern flavor in a song about yearning for "The One" to come along. The style and arrangement are highly moveable, even interposing a "Beatles in a funhouse" passage at the end. b reminds me of a band like The Butthole Surfers trying to cover one of Pink Floyd's more spacey instrumentals; Susurrus Station descends into an absolute chaos of noise that essentially chokes any musicality out. The album closes out with Talking With The Wind and Long Tomorrow, leaning more heavily into the hopeful ether of overly-affected Folk/Rock. The end result is an album that decreases in listenability throughout its course even as it rakes in the pathos.

Add A Day Going West will find folks into this sort of thing, but they're not your typical music fans. Anything that sounds almost wholly unhinged from reality and ethereal at the same time is bound to garner some attention. Susurrus Station attempts to bridge the gap between listenability and discomfort and fails in significant portion. Add A Day Going West takes a high constitution. Make sure you have yours handy. wildysworld.blogspot.com/2009/09/review-susurrus-station-add-day-going.html

Additional engineering, facilitation, production ~ Matthew Morgan
Thanks to Martha Davis for lending us her studio & the Babbs Bros. & Co. for making the Color Lab possible